Zynga is known for their poker game that is played by millions on Facebook. Zynga is perfect to have some fun for free, but if you wanna try real money poker games, visit this site where you can get a bonus to play on real poker tables without a risk.

3DS, Magician’s Quest: Town of Magic, PlayStation, PlayStation Vita, Portables, Screenshots,AllGamesBeta has posted some screenshots featuring Ayane who was recently announced as being a playable character in Ninja Gaiden 3: Razor’s Edge, the Wii U port of Ninja Gaiden 3. Here’s one of the screens:

Consoles, Dead or Alive, Dead or Alive 5, Multi-Platform Podcast News, News, PlayStation, PlayStation 3, PS3, Tecmo, Top Posts, Xbox, Xbox 360,Home Tycoon is a 3D city-building game in the vein of SimCity. It’s being developed by Hellfire Games and is coming soon exclusively to PlayStation Home. For more info, visit out prevous posts on Game Saga Website.
Source: Ben Lewis Community Manager, Hellfire Games & Official PlayStation BlogCity Building, Home Tycoon, PlayStation, PlayStation Home, Previews,IGN has posted a review for the Vita version of LittleBigPlanet. If the PS Vita version is anything like its predecessors, it should be fun. Check out IGN for the review.

I remember when I first saw the Space World Gamecube Zelda tech demo in 2000 and was blown away by the at the time very impressive graphics shown. It was leaps and bounds beyond what we had seen in Ocarina of Time and Majora’s Mask. But then at Space World 2001 when they revealed the cel-shaded look I was shocked. But if ever there were a game that proves gameplay triumphs over graphics, it’s Wind Waker. The game is just fun, plain & simple. If you’re a Nintendo & Zelda fan and you don’t think Wind Waker is fun, then I don’t know what to tell you. The game was shorter than I would’ve liked definitely (as supposedly they were rushing it and had to cut a few dungeons), and some aspects of it were monotonous (Triforce piece collecting, sailing taking forever, etc.), but overall the game was really enjoyable. I wish they had made the figurine collecting actually reward something compelling. That would’ve given the game some much needed extended play value.

Nintendo grew to know me on a first name basis with this game. Well their game help department did anyways. This was before the days of looking up guides and walkthroughs on GameFAQs and before they put out a strategy guide for the game. I would get stuck at various points in the game and write Nintendo asking for help and patiently wait for their reply. Nintendo being good sports and fairly consumer-friendly always responded and always gave me just enough of a hint to get through the parts I got stuck on. The game itself was awesome and was impressive that they fit that much gameplay onto a Game Boy cartridge. I vaguely remember accidentally discovering a glitch where you could get to normally inaccessible parts of the screens (I think it was in the northern part of the map) and access one of the dungeons. It was weird. Definitely one of the top Game Boy games.

Adventure of Link is unfairly overlooked by a lot of the gaming community. While the game was very different from the first Zelda, it was by no means a bad game as seems to be common opinion. I personally found the game very enjoyable and the music in the game is just amazing (the title theme in particular). There was something really weird about seeing Zelda at the very beginning of the game, though Nintendo would revisit this concept in the next Zelda (Link to the Past). The game played more like an RPG than an action-adventure game as most of the other Zelda games are. The random enemy battles were kind of annoying, though unlike in most RPGs, you could see them and thus avoid them most of the time (if you wanted to). Like in any good Zelda game, there’s various sequence breaking things you can do, like getting the hammer early for example. And the game allowed Link to walk on water, which if I recall correctly you haven’t been able to do since (Hover Boots in Ocarina don’t count since it was limited duration). Definitely the most underrated game in the Zelda series IMO.

Alternate dimensions + Zelda? Yes please! In my opinion, Link to the Past was probably the pinnacle of Zelda story-telling until Ocarina of Time (now it’s #2 in that department). We learned a lot about the history of Hyrule in the game which is something that hadn’t really been talked about much in-game before. We got to rescue Zelda at the beginning of the game which was a really unique concept as you always rescued the princess at the end of games before Link to the Past (granted she got recaptured, but that’s another story). The game featured 2 Links (and not a Shadow/Dark Link either), which was unusual (though in-game I believe he’s referred to as “Link’s Uncle”). The whole Light & Dark World concept was fresh and provided Nintendo the ability to make it 2 games-in-one more or less. The music in the game was also outstanding. The game featured a return to the bird’s eye view of the first Zelda and the graphics were excellent by early SNES standards. Link had a huge assortment of items to choose from for progressing through the game, though some were not necessary (cough Cane of Byrna cough).

Simply put, Ocarina of Time was the best N64 game, the best Zelda game of all time, and the best game of the 5th generation of video games in my opinion. It is second only to Final Fantasy 4 for my favorite game of all time. Nintendo has been trying ever since to recapture the magic of Ocarina and has come close, but thus far has failed to do so. Majora’s Mask was a good sequel/side story, but not as good as OoT. The Oracle games were fun, but not as good as OoT. Wind Waker was definitely a great game, but OoT was better. Minish Cap was pretty forgettable for me. Twilight Princess was over-hyped and a huge letdown for me as people claimed it to be better than OoT, which it wasn’t. The story was lacking big time and it was too much like an OoT remake, rather than it’s own game, which was disappointing. Phantom Hourglass was fun but suffered the same problem as it’s cel-shaded brother, Wind Waker, in that it was too short. Same thing with Spirit Tracks. Skyward Sword fixed a lot of the problems I had with Twilight Princess and actually felt like it’s own game and gave us a new look at Hyrule and the surrounding area. Ocarina of Time on the other hand did almost everything right. The graphics were phenomenal for the time, the music was catchy and memorable, the gameplay was outstanding (other than the sometimes tedious boot-switching and what not), the story was compelling and full of lore and information about the Zelda universe, and they made you want to kick Ganon’s ass (which of course was the primary goal of the game). You got to travel through time (without a DeLorean even!) and see the havoc Ganon wreaked on Hyrule. Collectibles actually benefited you from collecting them. The game had enough dungeons to keep you playing for days or weeks on end, for hours at a time. The puzzles had classic Zelda mechanics as well as new ones. The game was just almost as close to perfect as a game can be. My 2 main complaints about the game were the inability to skip cutscenes (they were great the first time, but on multiple playthroughs they were just annoying) and the nearly complete lack of the Triforce (other than in cutscenes). They could’ve added 3 more dungeons (one for each piece of the Triforce) and that would’ve been awesome. You could’ve fought perhaps Dark Link (moved from the Water Temple into this new dungeon) for the Triforce of Courage, Sheik for the Triforce of Wisdom, and a version of Ganondorf in-between the Forest Temple and end-game versions for the Triforce of Power.

Adventure of Link, Consoles, Editorial, Game Boy, Gamecube, Legend of Zelda, Link to the Past, Link’s Awakening, NES, Nintendo, Nintendo Podcast News, Ocarina of Time, SNES, Top 5, Top Posts, Wind Waker, Zelda,Insomniac Games has posted a preview of their new third-person shooter, Fuse (formerly known as Overstrike) on the Official PlayStation Blog. The game is currently scheduled to be released for both PS3 & Xbox 360 sometime in March 2013. Here’s a look at a screenshot from the game (unknown if actual gameplay or cutscene/cinematic):

Consoles, Fuse, Insomniac Games, PlayStation, PlayStation 3, Previews, PS3, Xbox, Xbox 360,Nintendo President Satoru Iwata has announced via the Nintendo Twitter account that they will reveal the price & release date for the new Wii U console tomorrow during their Nintendo Direct event. Here’s the excerpt from Twitter (as translated by Google):

Good evening [Iwata], is Nintendo’s Iwata. Than 16 hours on Thursday, 13 tomorrow, will be broadcast on the Internet “sale presentation on Wii U”. Happy to announce the price and release date and other information of body Wii U. # NintendoDirectJP 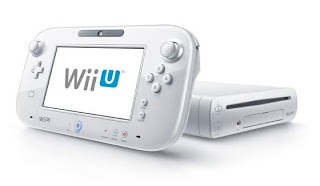 project Retro Studios has been working on (that had been rumored to be announced at E3 earlier this year)?

Consoles, Rumors, Unannounced Games, Wii U,Nintendo of Japan will host a Nintendo Direct tomorrow focusing on the upcoming Wii U console. The event is scheduled for 4pm JST (which is 3am Eastern) on 9/13/12. Nintendo will also be holding a Nintendo Direct for Europe beginning around 3:00pm UK time. And of course here in North America, Nintendo will be holding their Wii U Preview event in NYC around 10am Eastern with Nintendo of America President Reggie Fils-Aime.

Consoles, Japan, News, Nintendo, Nintendo Direct, Wii U, Konami announced this morning that the Xbox 360 version of the Metal Gear Solid spin-off, Metal Gear Rising: Revengeance has been canceled for Japan. The game is still scheduled to be released for Xbox 360 in North America and Europe.

Legend of Zelda, Link, Morning LOL, Zelda,
Lots of cool things posted today. We had the AMA Blizzard did about WoW on Reddit this evening, screenshots & videos, more details about upcoming games, and much more. Thanks for checking out the blog and for any and all comments. If you want to send in a news tip or give general feedback, feel free to E-mail Us. Don’t forget to like us on Facebook & follow us on Twitter.