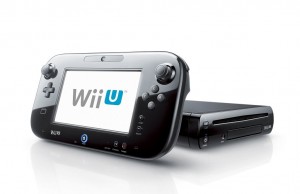 Source: YouTube User cat333pokemonSony last month filed a lawsuit against Jerry Lambert, the actor who portrayed the Kevin Butler character for them for the past few years. Butler was shown to be Vice President of various fictitious departments in Sony’s commercials for the It Only Does Everything campaign and he was also in the Long Live Play campaign. Lambert appears in a Bridgestone commercial which advertises a giveaway of the Wii console and shows off Mario Kart Wii. Sony claims that its intellectual property was violated, that being the Kevin Butler character. In an update on the story, Venture Beat contacted Sony for a statement and Dan Race, senior director of corporate communications had this to say in response:

“Sony Computer Entertainment America filed a lawsuit against Bridgestone and Wildcat Creek, Inc. on September 11. The claims are based on violations of the Lanham Act, misappropriation, breach of contract and tortious interference with a contractual relationship. We invested significant resources in bringing the Kevin Butler character to life and he’s become an iconic personality directly associated with PlayStation products over the years. Use of the Kevin Butler character to sell products other than those from PlayStation misappropriates Sony’s intellectual property, creates confusion in the market, and causes damage to Sony.”

Nintendo Life has a review up for the new WiiWare title Drop Zone: Under Fire. Here’s a portion of their review:

“One of the coolest things video games can do is let us perform daring, stylish feats we might never attempt in the real world. Drifting around corners at 100mph, snowboarding off the edge of a mountain with reckless bravado, even plucking vegetables from the ground and hurling them at a pink dinosaur — all things we can experience through the magic of video games. Drop Zone: Under Fire adds the pipe-dream of futuristic skydiving to that list with a thrilling, arcade-style drop that’s got enough free-falling fun to make up for some rough patches on the way down.”

Check out the link below for more.

This is interesting and when you think about it makes sense as Golf was most likely a lot less widely played than Wii Sports. Plus it saved them time on developing new courses when they had existing ones they could use already.