Microsoft today announced a variety of details about their new entry in the tablet market, the Microsoft Surface. The tablet is now available for pre-order at the official site, Surface.com and it is priced at $499 for a 32 GB version and $699 for a 64 GB version. There’s no 3G or 4G antenna in either model, both are Wi-Fi only.

The Surface also comes with Microsoft Office Home & Student 2013 RT Preview Edition, a tablet friendly version of Office. It’s scheduled for release on 10/26/12.
More details about the Microsoft Surface Tablet are available in the CNN article, linked below. 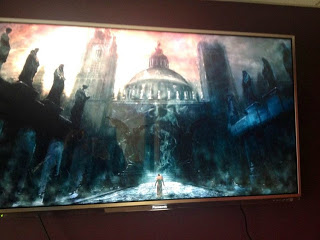 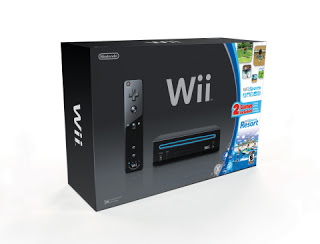 REDMOND, Wash.–(BUSINESS WIRE)– Nintendo is dropping the Wii console to a suggested retail price of $129.99 U.S. in advance of the busy holiday shopping season. The new configuration is beginning to arrive in stores now, and will be broadly available in the U.S. by Oct. 28. This high-value configuration includes a black Wii console and both Wii Sports and Wii Sports Resort on a single game disc, as well as a Wii Remote Plus and a Nunchuk controller – both black to match the console. This configuration replaces the current black Wii that comes with New Super Mario Bros. Wii.

“Nearly six years after it launched, people are still attracted to the pure, inclusive fun of the Wii console,” said Scott Moffitt, Nintendo of America’s executive vice president of Sales & Marketing. “A new suggested retail price and the inclusion of two great games make it an easy choice for families looking for a great value this holiday season.”

Wii Sports and Wii Sports Resort represent two iconic games that helped pioneer the industry move toward motion-controlled video games. The games include a wide variety of sports that use the controllers in unique ways. Players can try their hand at sports like bowling, tennis, baseball, archery, table tennis and basketball, all while simulating real-life motions using the Wii Remote Plus controller. For the first time, both games are included on a single game disc.

Remember that Wii features parental controls that let adults manage the content their children can access. For more information about this and other features, visit

GoNintendo has posted a rumor that Satoru Iwata, Nintendo’s President has major changes planned for their development teams. Here’s a breakdown of the supposed planned changes:

18th Gate (Circle Entertainment) – 500 Points (DSi) or £4.50 / €5.00 (Nintendo eShop) – In the realm of oblivion, an abandoned palace hides many valuable treasures. But those who enter this place have no real hope of ever escaping…Play as three different heroes simultaneously and journey through 18 different dungeon areas, facing various challenges: random monsters, traps, limited turns, hidden paths and much more.

Mega Man (Capcom) – £4.49 / €4.99 (Nintendo eShop; Originally Released On NES) – Mega Man’s original adventure blasts onto Nintendo eShop! The series is famous for its challenging mix of platforming and shoot ’em up action, and here you can see how it all began. As a super-robot created by the genius Dr. Light, it’s up to Mega Man to traverse ten unique stages and beat the devious Robot Masters designed by the evil Dr. Wily. Beating each stage’s boss allows Mega Man to use its trademark weapon, giving you an advantage in other stages – a technique still used in the series today.

Wii Virtual Console
World Heroes Perfect (D4Enterprise) – 900 Wii Points (Wii; Originally Released On Neo Geo) – This is the fourth installment in the World Heroes fighting game series, originally released in 1995. In this game, 16 figures from across history fight for the title of ‘World’s Strongest’. In previous installments, the amount of time you held a button down determined the strength or weakness of an attack; however, that system has been removed in this game. In addition to the more traditional fighting game approach of allowing weak, middle and strong attacks using different buttons, this game includes the all-new elements such as the Hero Gauge, Extra Attacks and Guard Breaker Attacks, adding an exciting new layer of strategy to the gameplay experience.

Return to Greenvale This Winter with Deadly Premonition: The Director’s Cut

Playing as special agent Francis York Morgan, players must investigate the brutal murder of a young local beauty. Amidst the backdrop of soaring mountains and a small American town, York must solve the mystery of the Red Seed Murders and stay alive in a place where supernatural creatures and a killer seek to end his investigation.

“Love it or hate it, Deadly Premonition has been a phenomenon; ‘cult’ does not begin to do its success justice,” said Martin Defries, President of Rising Star Games. “With the enhancements Swery and his team are making to this new PS3™ version, I am delighted to confirm Rising Star Games’ involvement with this fantastic game that should engage fans new and old alike.”

“I’m very happy Rising Star Games gave me the chance to work on Deadly Premonition: The Director’s Cut,” said Hidetaka ‘Swery’ Suehiro, Director of Deadly Premonition. “It’s been a while since Deadly Premonition was released, but I’m still receiving so many messages of support from fans around the world. I’m writing some exciting new scenarios and adding some new features. All will be revealed over the coming months and I’m confident I can deliver an unforgettable experience for you all.”

It appears that the Vita version of Jet Set Radio, one of the HD ports of the Sega series has been delayed. Here’s the full statement courtesy of AllGamesBeta:

“SEGA of America and SEGA Europe today announced that the PlayStation Vita system release date for Jet Set Radio has unfortunately been delayed due to necessary development optimizations. A final release date will be announced soon.”
GoNintendo has posted a translation of a message on the Animal Crossing Twitter account, as seen below: 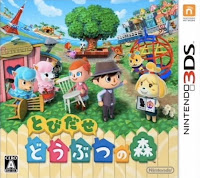 “Good afternoon everyone! I came across a way to search for fossils this morning! You can have the fossils you find analyzed at the museum. You can then donate them, sell them at the store or to others, to mention a few things you can do but recently collecting dinosaur fossils and turning them into miniatures is popular!

E… Everyone! Here’s some new! An emerald was just dug up in town!! There’s even indisputable photographic evidence! It seems like there are minerals in addition to fossils sleeping under our feet… There’re all kinds of secrets in town!”