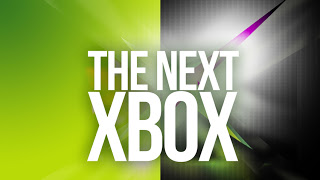 Microsoft has officially confirmed that they will indeed be holding an event to reveal their next Xbox console. Rumors have been circulating online for a while now about the event and supposed features including the dread “always online” rumor. Microsoft may finally put that to rest come May 21st. Here’s a screenshot of the website which appears to show an RSVP type form for invited guests:

Here’s the full announcement courtesy of Major Nelson:
On Tuesday May 21st, we’ll mark the beginning of a new generation of games, TV and
entertainment. On that day, we’ll be holding a special press event on the Xbox campus
and we invite you to join us via the live global stream that will be available on Xbox.com,
Xbox LIVE and broadcast on Spike TV if you are in the US or Canada.

On that day, we’ll share our vision for Xbox, and give you a real taste of the future. Then,
19-days later at the Electronic Entertainment Expo (E3) in Los Angeles, we’ll continue the
conversation and showcase our full lineup of blockbuster games.

We are thrilled to pull back the curtain and reveal what we’ve been working on.