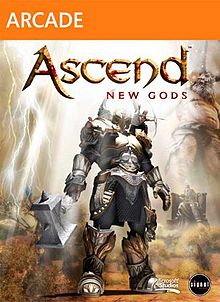 Signal Studios’ Ascend: New Gods has undergone a name change. It will now be known as Ascend: Hand of Kul. They didn’t really give much of an explanation as to why they are changing the name, they just said:

A year has passed since our big unveil at E3 2012, and the New Gods are no longer “new”. It was a tough decision, but during their board meeting in The Sanctum a couple of weeks ago, the New Gods decided to step down from power.