Namco Bandai Games has launched a teaser website for something as seen in the image below. There’s no information other than this image so far. If I had to guess though I’d say it’s Pac Man related as the 22nd was the 32nd anniversary of the original Pac-Man being released. Plus the neon glow effect and the coloration resembles Pac-Man as well. Given that the image appears to be of a smartphone I’m thinking it will be some sort of Pac-Man announcement for smartphones. But all of that is just speculation on my part. What do you all think it might be? 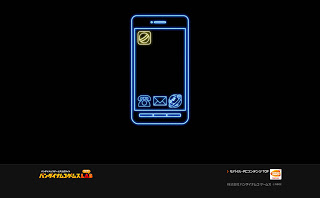