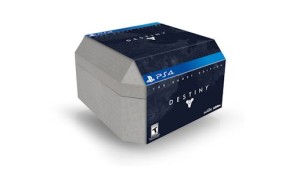 Following up on the beta announcement, Activison & Bungie also revealed details about the collector’s editions Destiny will be receiving. It will come in 3 different varieties, the Ghost Edition, Limited Edition, and the Digital Guardian Edition. The Ghost Edition & Limited Edition both come with the following:

The third and final edition announced (thus far), the Digital Guardian Edition comes with a digital download of the game, the Expansion Pass, and the Collector’s Edition Digital Content Pack.

Each of these items will be priced as follows: