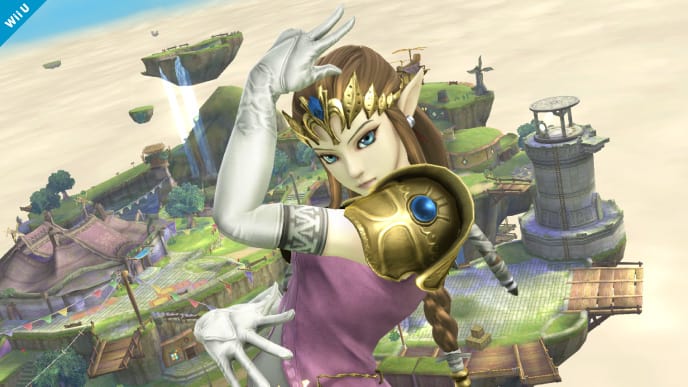 In a surprise to no one, Princess Zelda has been confirmed for Super Smash Bros For Wii U & 3DS. You can check out screenshots of the fair maiden of Hyrule in action above. She appears to have the same look as she did in Twilight Princess. She also appears to have gained a new ability with the use of a Phantom, as she had in Spirit Tracks.