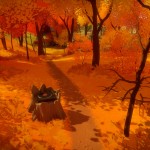 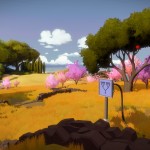 The Witness Designer Jonathan Blow has shared new details about the development of the game on the PlayStation Blog. The team at Thekla, Inc. has been working on things like the design, modeling, texturing, frame rate optimization, level of detail, streaming, & audio. Blow said that the “main line” of the game is completed but there is still a lot of work left to be done on the extra content in the game. He stated that most of the island (the setting of The Witness) has been completed, but there are still some parts, including some important ones that are still at the draft stage, and some which could use some fine-tuning. The team is aiming to have the game run at full 1080P and 60 FPS on the PS4 when it is released, but it is not 100% there yet and they still work to do on that front.

Mr. Blow goes on to state that they have added a way to smoothly transition between different parts of the island, which he calls a “smooth blend.” Since the game will not have loading screens, the team is trying to make it as seamless and smooth as possible. He also briefly mentioned the audio of the game and said it comprises about 40% of the data for the game thus far and weighs in at a hefty 1.2 GB, which is a lot for audio files and that is with most of the files already compressed.