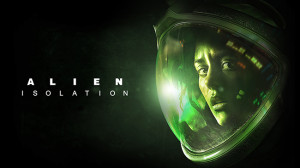 We recently had the opportunity to review Alien Isolation brought to you by subnautica ps4 and Game Sega. As I don’t really have a basis to judge this game against other than marines vs aliens which was outright terrible. Everyone at EB Games was telling me how great this game was so I gave it a try.

Graphics – 7/10 – Graphics are okay. I mean things looked okay but I kept getting a weird Doom like flashback once in a while. Also, I ended up having to check things around me over and over again just to see what they were.

Sound/Music – 7.5/10 – All I can remember is the footsteps that Alien makes when it’s chasing your ass down. Everything else was just ear candy compared to that. Oh, and the screams were well done.

Gameplay – 7.5/10 – So I have to admit that I didn’t actually play this game for too long. I spent a lot of time building things up and checking everywhere on the map. Then it got scary so I left and traded it in. Seriously.

Story – 8/10 – I am going to give it an eight because there was a great storyline about a missing ship. Lots of suspense and it looks like someone built up the plot nicely. Maybe I should have played longer

Challenge – 7 /10 – So this is where things start to fall apart. I like finding my way through maps and solving puzzles but there is a point when it becomes freaking annoying and doesn’t get past that. I mean how did the original crew of the station actually accomplish anything by having so much red tape just to open a door. Oh and I thought I was so sneaky finding a gun before the alien found me. But guess what… I couldn’t use it yet so useless.

Replay Value & Fun Factor – 7/10 – Between being scared and annoyed and armed with a gun I couldn’t use. I was out.  The game has gone early. So probably will never replay and I guess fun if you’re into that kinda stuff.

Available for Xbox one, PlayStation, pc