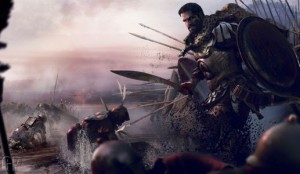 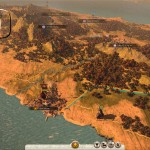 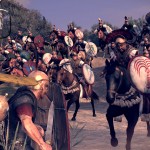 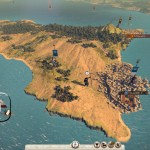 Dropping players into the Western Mediterranean at the outbreak of the second Punic War, Hannibal at the Gates features a new campaign map focused on the tinderbox geopolitical situation that brought two ancient world superpowers to all-out war; with sworn rivals Scipio and Hannibal at the very heart of the conflict.
Five playable factions will feature a wealth of new units. Main protagonists Rome and Carthage will benefit from a new civil tech tree based around diplomacy, while the challenge in the shadow of these mighty empires for newcomers Syacuse, the Arevaci and the Lusitani will be formidable.

In addition to this, another significant free content update for ROME II will also drop soon, benefitting all players regardless of whether they own any DLC. Details will be revealed in the next episode of community TV show Rally Point, coming soon.

ROME II itself has continued to sell strongly since its launch in September last year, DLC and free content being released regularly. With more than one million units sold by the end of 2013 and continuing high performance, it remains the fastest-selling and most commercially successful Total War game to date.

“ROME II was hugely ambitious for our studio,” said Mike Simpson, Creative Director at CA, “We do regret that some reviewers and core fans didn’t get everything they wanted from it. We are committed to improving and adding to the game over the coming months; we very much want ROME II to be remembered as one of our best.”