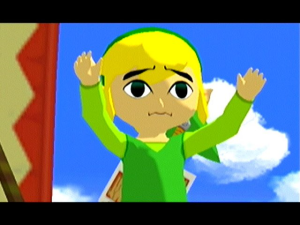 As the years goes by in the video game industry, many companies either go out of business, get bought out by someone else, or just stop making games for whatever reason that may be. Whether they were former big names like Atari or Acclaim, or smaller lesser know studios like Quintet or Technōs, surely there is a video game company that used to be around that you wish would come back in some form. So here is a look at five video game companies that deserve a comeback.

Now some of you reading this may have never heard of this company. Quintet though was quite active in the 1990′s with Super Nintendo & PlayStation titles, mostly in the RPG genre. They were the team behind the so-called Soul Blazer/Gaia series of games on the SNES released in the early to mid 90′s as well as the team behind both ActRaiser & ActRaiser 2, also in the early 1990′s. As I’ve mentioned on the GameSaga Podcast before, ActRaiser was one of my favorite games from that time period and had an awesome concept & music. The Soul Blazer series was also awesome and all three games are well worth checking out. ActRaiser 2 wasn’t as good in my opinion, but that is probably because they took out the simulation parts. It was rumored that Enix’s American division requested this to happen because they didn’t think players would understand it.

Sadly Quintet has been pretty quiet since the early 2000′s. Their staff members have popped up in the credits of various games on an individual basis occasionally and the company itself was listed in some of the Atelier games, as well as in Ar tonelico: Melody of Elemia, but they have seemingly not developed any games of their own since. Orphen: Scion of Sorcery was one of their last games released (they were working under the name Shade for this one). It came out in October 2000, almost 14 years ago.

What has happened to Quintet? Who knows. With the Square Enix merger in 2003 a lot of the latter’s original franchises have been left in limbo. Grandia, Star Ocean, & Dragon Quest are some of the only ones that have had releases since the merger. With Quintet’s apparent demise, The Soul Blazer series is gone and so is the ActRaiser series. I’m guessing Square Enix still holds the rights to both of these. It would be awesome if they could reassemble the original teams and release sequels to one or both of these and if they made an ActRaiser sequel if they could put the simulation parts back in after taking them out in the 2nd one.