Digital pre-orders have begun for the upcoming XCOM reboot, XCOM: Enemy Unknown. More info is available on the official site linked below.

Digital Downloads, News, PC, Pre-Orders, Top Posts, XCOM,For you iOS users out there, GameTrailers announced today the release of their iPhone & iPad App which will be free to download. So if you’re a GT fan and an iOS user, check it out:

– ride a small train to and from attractions
– spend coins in the hub that you’ve earned by playing attractions
– winning pachinko games populates the park with Nintendo memorabilia
– this includes Miis in Zelda costumes
– Metroid Blast has everyone dress up in Samus’ armor
– one player flies Samus’ ship using the GamePad and screen
– 4 Wii MotionPlus players (plus Nunchuk) try to shoot down the ship
– no radar available
– includes a lava-filled Norfair map
– this map features a mechanical Kraid that players can grapple up
– Metroid Blaster requires Wii MotionPlus
– another mode in Metroid Blaster involves collecting tokens
– there’s also a co-op mode where you fight off robotic Metroid enemies
– Balloon Fight Trip Breeze is another attraction
– float through side-scrolling levels
– these are filled with electrified spikes, crazy birds and hungry fish
– use the GamePad to draw gusts of wind to direct your Mii
– make it as far as you can
– GamePad offers zoomed-in view, TV shows complete playing field
– wind storms will knock you about
– deliver packages as well
– still no details on if the game will be stand-alone or a Wii U pack-in

Balloon Fight, Metroid, News, Nintendo Land, Wii U, Zelda,More information coming out of GameInformer, this time about New Super Mario Bros. U. From the article on GoNintendo:

– dozens of levels across one world map, like Super Mario World
– map can be panned around and explored at any time
– game features an auto-scrolling, Boost Rush mode for more of a challenge
– multiple branching paths that let you pick which way to go
– this is much more than the tradition level choosing, which usually gives you only two paths to choose from
– Game Informer spotted 7 worlds: Acorn Plains, Sparkling Waters (tropical), Frosted Glacier, Layer Cake Desert (complete with melting desserts), areas similar to Forest of Illusion and Sky World and a world surround by a tornado
– mid-world fortresses guarded by Boom-Boom
– end-level castles guarded by Koopalings
– Super Acorn power-up makes you a flying squirrel
– Bowser kidnaps Peach once again

And a screenshot as well: 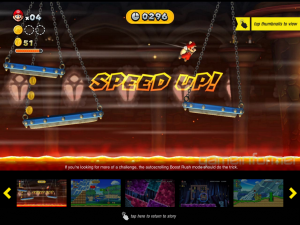 Mario, Memebase, New Super Mario Bros. U, News, Screenshots, Game Saga Website Top Posts, Wii U,According to a recent GameInformer article mentioned on GoNintendo & the Console Wars message board, a new mini-game for the upcoming Wii U title, Nintendo Land has been unveiled. It’s a game set in the Metroid universe called Metroid Blast. Here’s a screenshot from the GameInformer scan shown on the Console Wars board:

Metroid, News, Nintendo Land, Screenshots, Top Posts, Wii U,It looks Square Enix is working on another game in the popular Mana (Seiken Densetsu) series. The most recent entry was Heroes of Mana for Nintendo DS. The new game is for now only indicated by a registered trademark for the title of Circle of Mana. Hopefully Square Enix will go back to the series’ roots of the Action RPG genre. Secret of Mana was one of the best SNES games without question.

Mana, News, Square Enix, Top Posts, Trademarks,Kotaku has posted an article discussing the PC version of XCOM: Enemy Unknown the upcoming reboot/remake of the original game in X-COM franchise, UFO: Enemy Unknown AKA X-COM: UFO Defense. Screenshots are also shown. The original game is a cult classic to this day and was one of my favorite PC games. There’s something 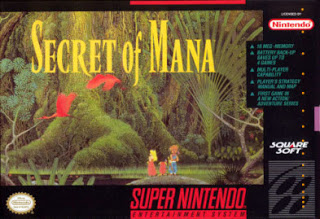 uniquely satisfying about saving the world from alien invaders. Best of all, in the original game you could hack parts of it with a Hex Editor. For example, you could give yourself infinite money or make super soldiers with the best action video games. Hopefully Firaxis will include built in cheat support so you don’t have to do all of that. 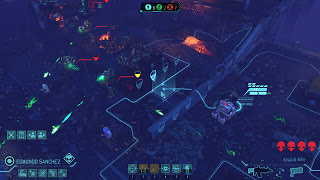 Firaxis, PC, Reboots, Remakes, Strategy, Top Posts, XCOM,The G4 Network is rebranding itself in the near future to be more like GQ Magazine according to Kotaku and Variety. Sadly G4 has never really been what I would’ve liked it to be. I think a video game focused network could do well.

G4, News, TV,Yo Dawg, I Heard You Like Trophies: